We help IT companies transform their impact

IT is a fully integrated part of our lives. The IT industry moves forward every day to create better digital solutions – but when looking at this industry’s relation to and impact on the environment, the picture changes.
MatKon Data helps existing IT infrastructure suppliers – manufacturers and resellers – take a new approach to how they contribute to environmental sustainability, by providing a local closed loop for hardware while collecting data that clarifies the concrete impact. About 55 million tons of e-waste is yearly produced worldwide, and growing. Northern Europeans are way ahead of other regions, when it comes to consumption of new electronics.

Around 80% of all e-waste ends up in the poorest parts of Asia, Africa and South America, being recycled manually and with great health risks and direct damage to the surrounding environment.

Virtually all plastics from e-waste is burned. Today, “Recycling” means burning the plastic for energy in return. However, the energy recovered is by far exceeded by the energy usage from making a new, similar plastic module.

The world needs the IT industry to change its impact on this planet. MatKon Data is determined to help and inform established IT infrastructure suppliers who seek to maintain improvement of technology, without compromising what matters most.

IT, environment and raw material – we will deliver know-how in all three areas, which is necessary to create a truly circular business model. To us, a holistic and yet flexible approach is the only way this can be done.

We are mostly concerned with the underlying causes behind the global problem of e-waste. That means securing a local loop of hardware, prolonging the lifespan and cleaning up the mess that has been made.

How we do it

MatKon Data categorizes our three main focuses into IT, environment and raw material

IT (For IT service suppliers/resellers)

When the original user returns the product, we will supply a local hub, where you can sell all your equipment to. Here it will be reused locally by us, in collaboration with the manufacturer.

Preventive action – maintaining the optimal performance and general cleaning of the computer, inside and out. The average lifetime of laptops is only 4 years, before being traded abroad and most likely ending up outside of environmentally optimal recycling.

Your clients will be able to heavily reduce their negative impact on the environment, by using our local, closed loop. This means that we reuse, upcycle and recycle – in that order – without ever letting the raw material out of sight.

The market for reselling used IT products, have grown into a substantial size. At first glance, it seems as if it promotes circular economy. The reality is, that the lifespan of hardware is reduced to a minimum while it quickly ends up as e-waste and mostly outside of formal recycling sites.

MatKon Data wants to help manufacturers take control of their products, increasing the economic value of each product while taking basic steps to remove the underlying causes behind the global problems of e-waste.

We will supply a local return hub that will refurbish your products, after it has been returned from the original reseller. We facilitate your buy-back programs as well as local resell. When the product has finally reached end of life, we will give the final user a deposit for returning the router (as we know it from plastic bottles, etc.)

Almost 60 billion USD – that is the estimated value of raw material from the yearly e-waste flow. We supply a logistical set-up that makes it possible for manufacturers to gather all their used raw material and sent it back into the production of new products.

We can supply an overview of the damage done, environmentally and humanly and initiate projects to help rebuild the sustainable life-cycle of the product – from mining to recycling.

When the unit is finally incapable of serving its original purpose, a local dismantling center will take in the outgoing equipment for dismantling – plastics are separated from cardboards and metals, which is sent to a local recycling center and upcycled. The plastic is kept in our own facilities and upcycled into new products.

The points above might seem commonplace, but in fact the opposite is the reality. Used computers that can still serve as such but is regarded as outdated in “highly developed markets”, will be sold through brokers to other markets and serve for an average of 2 years. After this, the product is, both legally and illegally, sent to “developing” nations, where poor people of an already poor society, dismantle and “recycle” the product for an average pay of 1 euro per day. The manual recycling taking place, is highly compromising health and environment (toxic fumes from burning cardboards and plastics and ending up in nearby rivers). We call this system, which still include the majority of the 54 million tons of e-waste produced yearly, Southstreaming.

Enabling your clients to have knowledge of how they are impacting the world: We will put the facts on the table and create an overview of co2 savings.

Environmental impact is not just about co2 savings – reducing and reusing help conserve and keep a load of different precious metals and fluids in the earth. The before mentioned Southstreaming is also taking advantage of the poorest societies in the world, as well as contaminating marine life – all of which are part of a complex system developed over millions of years and are all building blocks in an ever-changing planet. We can supply the data needed, so the client can share the story with their people, partners and clients.

Today, the IT industry is, both knowingly and unknowingly, taking advantage of a deeply corrupt and unfair system that puts “developing” nations at the bottom of the food chain. In short, this means that every time a new computer has to be made and every time a used computer ends up in their backyard, they pay a high price with their health and society in general. We provide the knowledge and facts of this.

Through our close collaboration with NGO’s in the countries where most e-waste ends up, we can deliver an in-depth insight into the realities of the IT industries value chain.

Reuse what can be reused – this simple yet vitally important principle remains a cornerstone in our way of doing business. During the last 10 years we have put all our efforts to create a locally closed loop, which would allow to prolong the life cycle of most of the physical products that end up in Matkon, as well as reduce (and eliminate in a longer perspective) the waste. 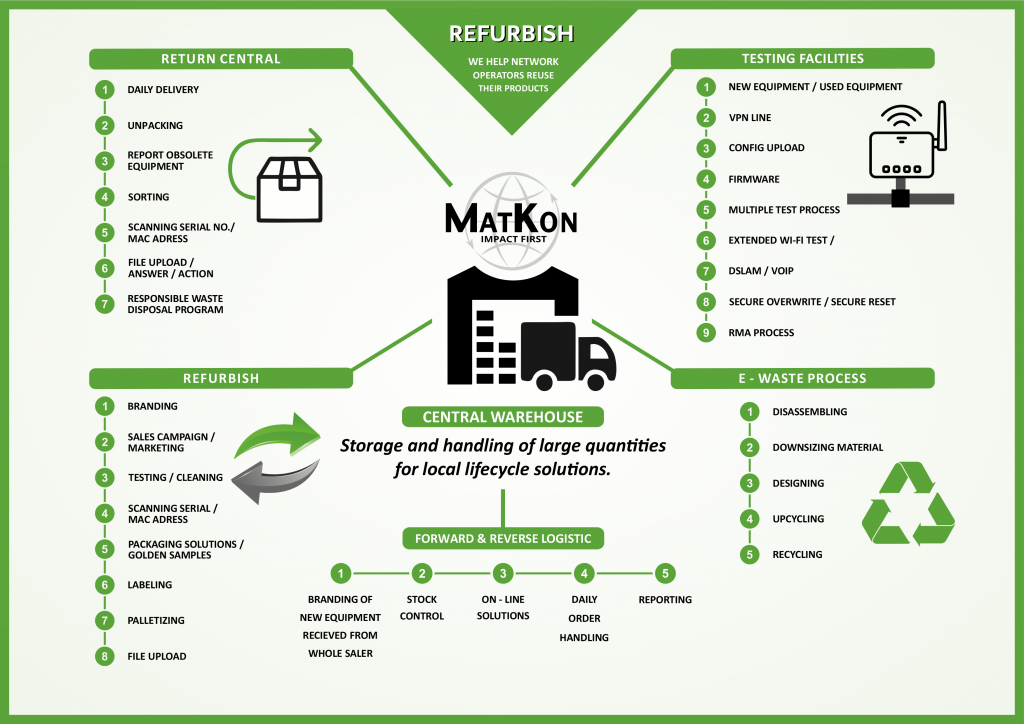 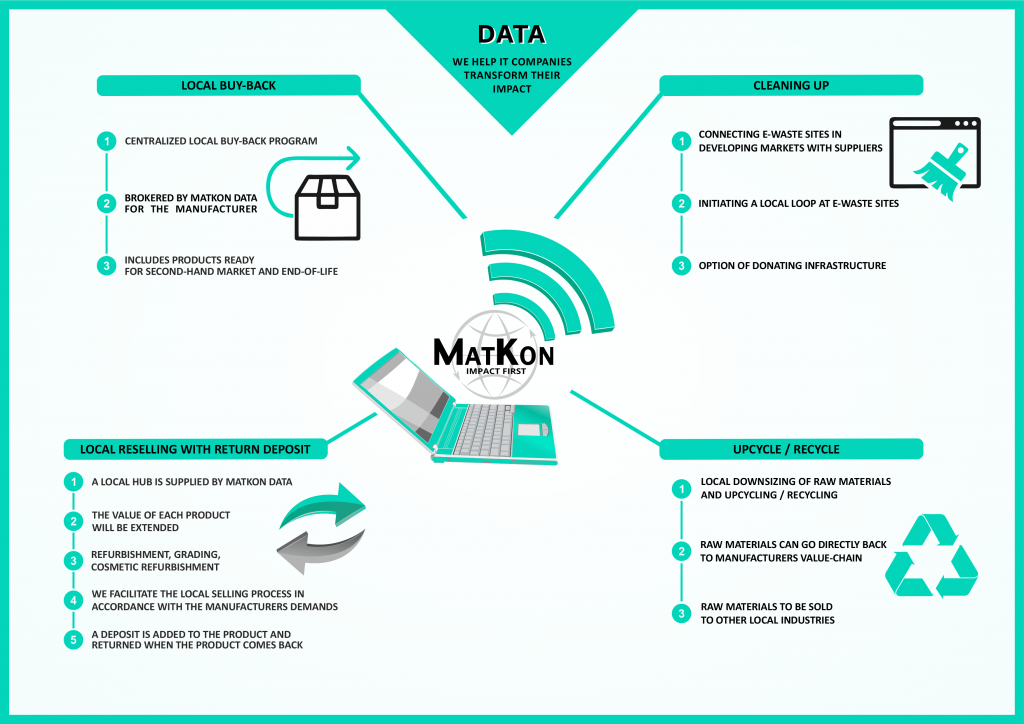 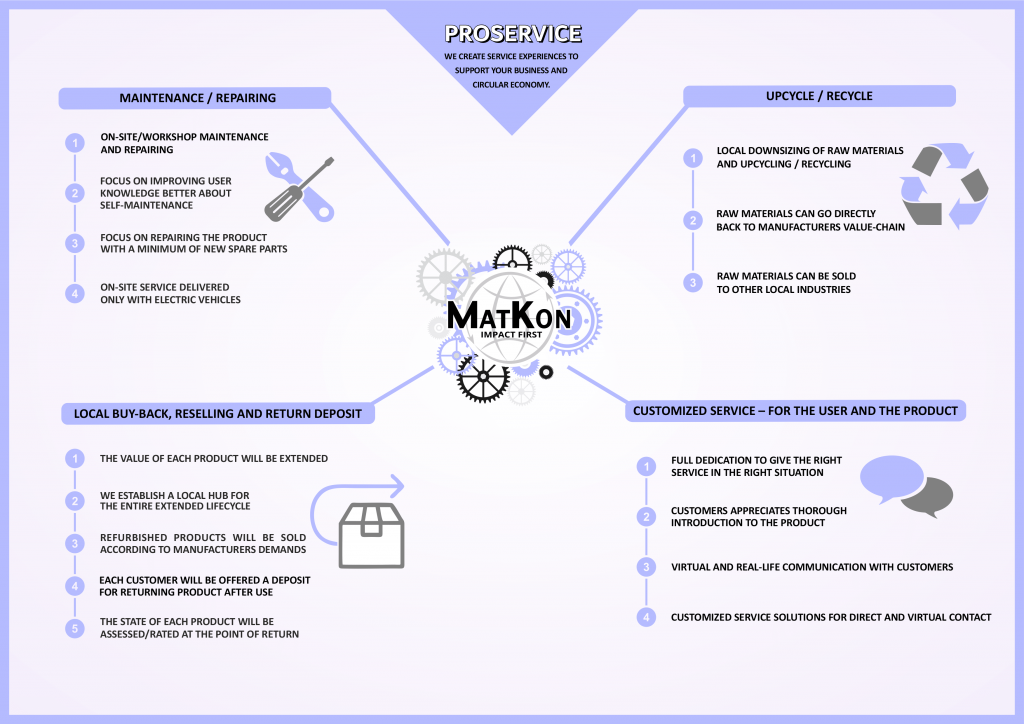 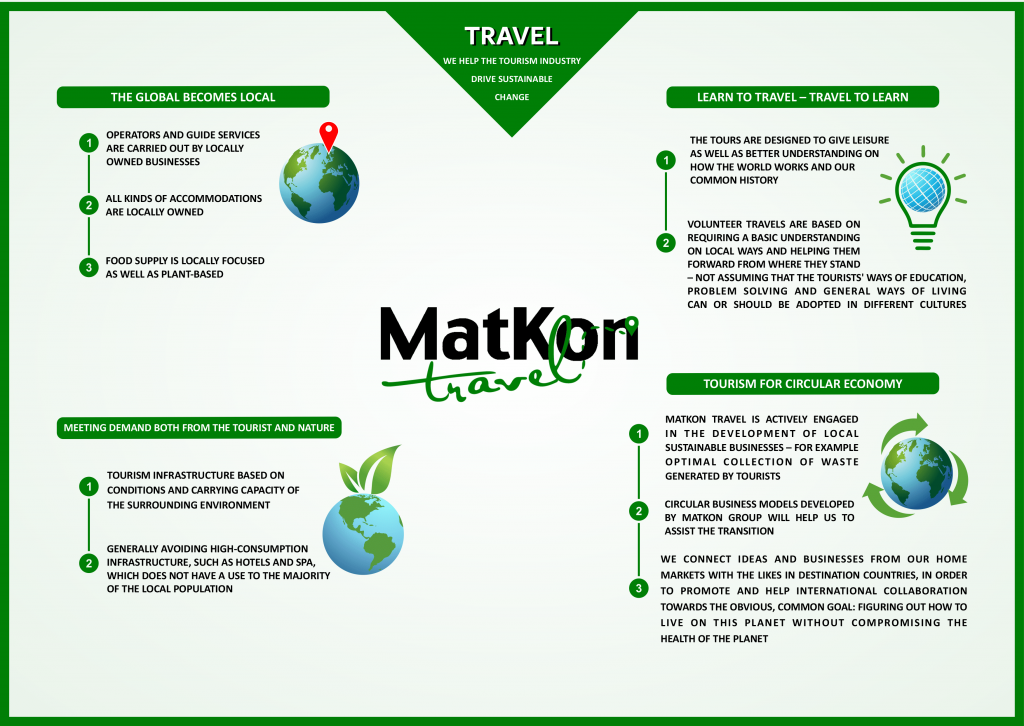